“Baan Luang Rajamaitri where the river will return”

The 150-year old heritage home of Luang Rajamaitrihas been renovated as a Boutique Hotel for anyone to learn more about the history once they stay in. This Historic Inn is located at Chantabun Riverside Community on the first street of Chantaburi. The historic trace of Luang Rajamaitri, the benefactor of Chantabun, is here to be tracked. The antique architecture and the original local lifestyle charms also remain like the bygone days. Turning back time by staying at this Historic Inn, you can take a journey to the past…that travels to you at the present. 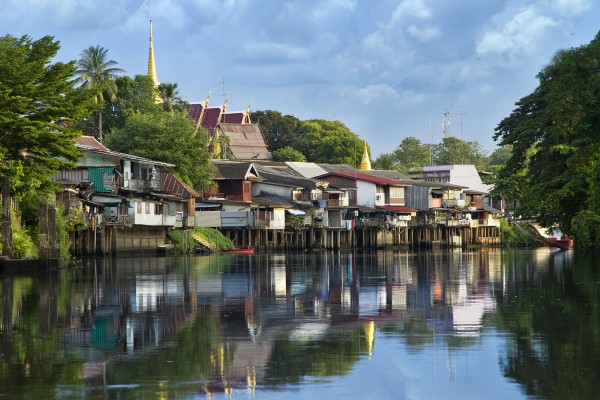 It has been more than 5 years for the community to co-operate with the office of commercial affair Chantaburi, Arsomsilp Institute, and other organisations to preserve and renew Chantabun Riverside community. As a result, “Culture-Led Regeneration” has become the community’s vision aiming to retain sustainability in architectural preservation and community regeneration while maintaining the original lifestyle of the locals in both culture and economy aspects to continue operating without solely rely on the tourism commercial trend. 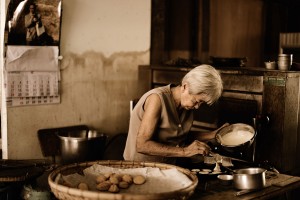 The Historic Inn where hundreds of locals share the ownership

Arsomsilp Institute, a non-profit organisation for community and environment founded by the architect team, realises that to preserve good old days among the steam of materialism, only “knowledge” could not be able to maintain the timeless treasures…. “love” is required as the best tool because people who could look after and preserve the area best is “the owner of the location” who love this place the most.

Arsomsilp Institute started to organise the Chantabun Riverside Community renewal project by establishing Chantabun Rak Dee Company Limited to create “Chantabun Model”, a model for the preservation project in the concept of Social Enterprise. With the association with Chantabun Riverside Community Development Club, they have designed, improved, and regenerated 3 aging wooden buildings. Contributed from the third generation of Luang Rajamaitri (Poom Poonsri), these 150-year old architectures have been renovated as a Historic Inn with a fundraising from the community and people in Chantaburi, including anyone who loves this place and loves to share the ownership and look after this community.

Besides generating income from the tourism with local lifestyle, the community also aims to preserve the past and beautiful community as much as they can. Baan Luang Rajamaitri is not only place of knowledge but also the source of love….from people who love it here.

With a closer look, “love” is underneath this preservation

The house owner with status without serving as government official 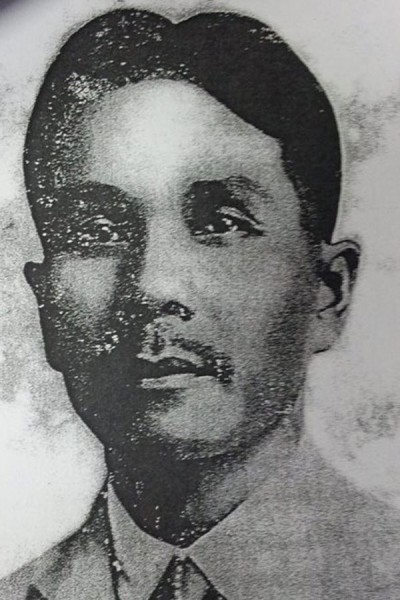 Luang Rajamaitri, originally named as Poon Punsri, was a second son of Luang Pramanrajsab (Jeenjampa) Noble of Gold Department, Rattan Factory and Mrs. Piam Punsri. He was born at the riverside home near Ta Nue market along side Ta Luang Street on 10th April, 1876. He has 3 siblings, namely Miss Kram, Mr. Pong, and Miss Hor Punsri.

Started his early education at the temple school, Luang Rajamaitrifurthered his education in Penang when his father was doing the commercial trade in Malaysia and Singapore. When he grew up, he has inherited his father’s business and ran the business successfully. The reward of his diligence and good deeds contributed to the country resulted in the his high rank of nobility granted by the King Rama VI as “Luang Rajamaitri”. 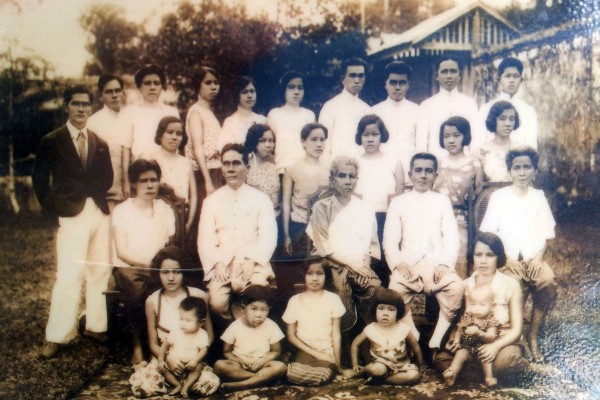 The place where the good looking looks after everyone

It has been told that Luang Rajamaitri was a good looking person with light skin and about 175 cm. tall. Although he was not conceited, he was a strict person. His gentle and elegant walk including his polite speech and manners enhance his personality to shine.

His kindness and compassion were also appreciated. He always encouraged children under his care who loved to learn with education support by offering free accommodation and tuition fee until they graduated and success in their career without discrimination of genders. Besides, everyone called him “Nai Por” which literally means boss and father. Therefore, the guestrooms here are named to remind people about his kindness as “Male students room” and “Female students room” The proof represents how good he looked after his members of the house.

The wealthy man who sat on the broken chair

Luang Rajamaitri was not a gambler, instead, he was a person who realised the value of money and liked to make merit with some contribution. However, his economical habit was once mistaken him as a poor old man. There was a group of Baangkokian who travelled to Chantaburi saw him busy with the pile of his rubber business works on the table in the room next to the house door on the broken chair. After his story was retold as a joke, someone who knew Luang Rajamaitri revealed that the old man was a very wealthy man called Luaung Rajamaitri. Then the whole group was so surprised by the fact.

Another example of his money-wise habit was that every time when he had salted-fish, he asked the chef to take the bone to mince as very small pieces and used them to fry with kale for his next meal. Ashes were also used instead of dishwashing solution as the dirt could be washed easily and ashes were free of charge. 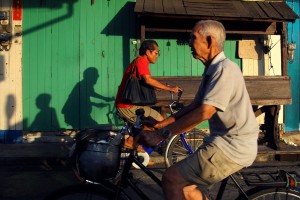 Luang Rajamaitri was not a picky eater. Noodle was the only dish he was not fond of. His favourite dishes were rice and salted crab stir fried with mixed vegetables, especially Chinese cabbage. Other favourite simple dishes were minced dry shrimp mixed with rice or leftover cooked rice stir fried with tomato sauce. He preferred most fruits except for very sweet ones. His favourite fruit was watermelon and it was the only thing he spent extravagantly on as he only picked the centre of fruit without eating other parts.

His favourite beverage was Horic, the milk powder-like hot drink, which he always had as a supplement reflecting how health-conscious he was.

Baan Rajamaitri and Baan Suan Rajamaitri , 100 year-old home belonged to him. Baan Rajamaitri is a house located in the city area known as “Ta Luang”, a significant riverside trading spot in Chantaburi. It was also a port with travelling and goods transfer facility back in 80- 100 years ago and became a community for people there. Baan Rajamaitri was divided to 2 buildings which were Gold Teak Building along Chan River and Concrete Building located on the opposite side with Sukhapibal street in the middle. To visit each place, he was required to wear polite outfit with a hat according to General Plak Pibulsongkram’s dress code regulations when ones appeared in the public. This built up frustration and annoyance to him considerably. Nowadays, one of the rooms is an accommodation for Aunty Pan Sudsanguan, his wife’s sister while other rooms are rented to people.

Baan Suan Rajamaitri, on the other hand, is situated near the first Rubber processing plant which is now belonged to Mr. Prapan Punsri, the son and Mr. Prayuth Punsri, the grandchild.

The black Ford was the first car used in Chantaburi imported from United States. Luang Rajamaitri only used this car to travel within Chantaburi while bus service from Chantaburi Panich belonged to Mr. Songkui Sriboonrueng served him and his servants to travel to Baangkok. To travel to Suan Rajamaitri, 10 KM distance from his house, the two-bullock cart was used to go there. Po and Sai were the name of the cows and Mr. Mak Uttama, his loyal servant was the driver until the street had been developed, then the middle and small sized Jeeps were used instead. Later on, Luang Rajamaitri bought the large sized motorcycle, Harley Davidson for Mr. Pan Punsri, his son. It was the first motorcycle in Chantaburi with the licence plate CHB.001.

“Pol…can you dive down to get my false tooth?” the familiar sentence members of the house to be heard from Luang Raj after his dinner when he brushed his teeth. The usual place he brushed his teeth was at the terrace aside the river with a square channel prepared for him to clean his teeth. This punched channel was the cause making his false tooth to fall down and Pol, a labour from the rice mill, always came to dive underneath the house and never disappointed Luang Rajamaitri.

In 1908, Luang Rajamaitri took his trip to Phuket and got inspired to plant the rubber trees in his orchard around Srabab Mountain, Pliw district, Muang, Chantaburi as he presumed the area and the weather were similar to the south of Thailand and should have produced rubber well. He ordered 2 cartons of young plants from Malaysia to grow in the 60 Rai-estate, unfortunately, only 3 trees survived while others died without a clue. Until these 3 rubber trees were 10-15 years old, Luang Rajamaitri asked the farm worker to collect rubber seeds falling under the trees and keep in the bag to breed the plants to the empty land. In the early stage, although the area was only 100 Rais, to hire labourer to cut down existing trees was costly and to grow the rubber trees was time-consuming. Therefore, he was riding and used a slingshot to launch the rubber seeds throughout the orchard to save cost. There was only one farm worker to carry the bag and follow him. Mr. Mak Uttama, his close servant said “Khun Luang and I grew the plantation. He rode a one-eye blinded horse to shoot the seeds while I handed the seeds to him. The trees grown there were quite messy, it grew where it dropped” . With this successful attempt, the plantation was expanded to 3 plang or 1,500 Rais which turned to be quite a large piece of land. He still used his same horse to wander around the farm and used the horn to signal the workers when to start or stop working. This was spread out and became a talk of town “the rich man who rides one eye blinded horse”.

The Rubber plants that grow the nature

Nowadays, the rubber plants mentioned earlier still remain about 900 trees. One of them could be the biggest rubber in the world with the base circumference of 7 metres or 4-man holding and the stalk circumference of 4.5 metres at the height 1.5 metre from the ground. As there has been some curse about this tree that “if anyone tap this rubber tree, there will be unexpected things happen to them” so this rubber tree has never been tapped, instead, it has been respected by the neighbourhood. As a result, this belief encourages people to preserve this amount of rubber trees to be the sign of historic significance. This rubber plantation has been aBaandon to grow as natural rubber forest with bamboos and various species of plants growing rather densely therefore this piece of land has obviously reflected a different range of living organism.

In 2008, it was a 100th anniversary of the year Luang Rajamaitriimported rubber trees to Chantaburi before becoming the economic plants and generating stable income to the farmers of the east. The rubber tree farmers in Chantaburi agreed to build the monument of Luang Rajamaitrito honour him as “The Father of Eastern Rubber Tree” at the entrance of Pliw Waterfall where his family has dedicated to the Chantaburi Farmers Co-operation.

Baan Luang Rajamaitri, the Historic Inn is another memorial place collecting the legend of Luang Rajamaitrifor the next generation to realise his beneficence and get the pleasure of good old days as well as experience slow-paced life along the Chantabun Riverside, the same river that runs through here hundred years ago.

Although there is a saying “River with no returns”, at Luang RajamaitriHistoric Inn and Chantabun Riverside Community, they are telling us that the co-operation of the community who help looking after this place is a proof that the river of the past will return for us to experience it once again.